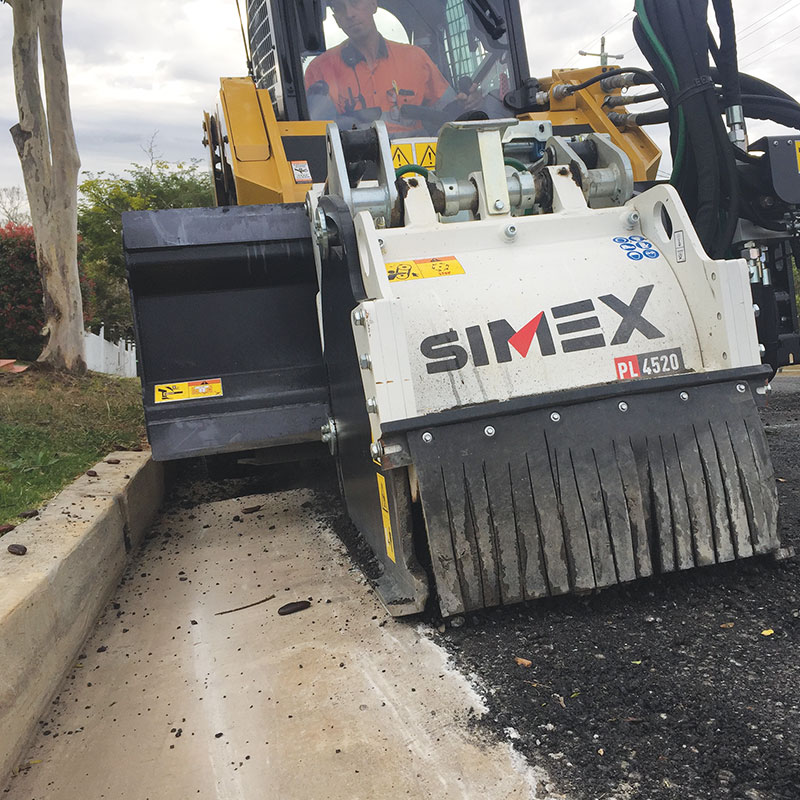 Time is always of the essence when it comes to road building. Read the article in Roads & Infrastructure Magazine to see why SIMEX Planer is the unit of choice for ALL Whitey Profiling.

Regardless of whether you are shutting down a council road through the middle of town or a major motorway linking two cities, road restrictions from construction are expected to be as minimal as possible.

This expectation can lead asset owners to implement penalties if timing is not met and roads have to stay shut longer than anticipated.

The Queensland contractor All Whitey Profiling is involved in asphalt profiling and earthmoving projects and Owner Darrel Whitey has witnessed the effects of project delays during his time in the industry.

“Ten minutes can be like an hour to asphalt experts, if there is any way for you to make your works quicker and in turn better prepare the job for its next stage, that is worth its weight in gold,” Whitey says.

When searching for a new asphalt planer, Whitey was given a few good recommendations for the Simex Planers and decided to view one in action, on site.

“I managed to see the planers working on various sites with a couple of other companies and the practicality of them was really second to none. I knew that if I was going to buy a planer it would be the Simex,” Whitey says.